The 6262 sillyness is never ending... New cams just got the most power and torque it's ever made 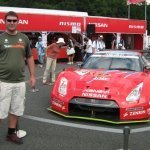 Shhhhh ! I've got 272 Camtech 9.7mm lift cams for sale right now on here, as we have changed back to stock cams in current 2.6 high mount build for the above mentioned reasons. I won't be able to