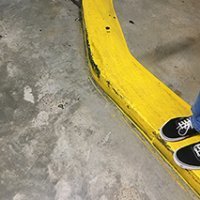 Easier to assume they are. If you're competing in an elite federation that's untested, along with the best in the world who can freely use, you'd be stupid not to. Even in tested federations, people d

I thought about it but shit legs and calves would have me placing last. I sort of make a goal and say ill just maintain it. As soon as i make that goal its another. There is actually a good video on

your mate is a big boy! Unless jay has dropped a huge amount of size. Actually got some arms on him regardless!! People really dont get how big these guys are in the flesh! Meeting big ramy not long