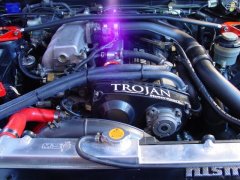 By Got a Pulsar,
December 13, 2012 in Australian Capital Territory

Looked at pictures of it but happy to know there is progress!!!

Got myself a new toy! Time to build a race car!