A Must Read For Budding Tuners, Or Those Interested In "knock" 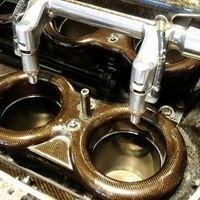 This is probably one of the best and clearly written explanations which will correlate with even the less mechanically minded. Engine Basics: Detonation and Pre-Ignition by Allen W. Cline All high

Ive been using this system for awhile now. But havent seen much press on it. but today i came across this great spiel on it from high performance academy..

I was informed there was a few broken links to the sound files so i have linked them to the reseller of the knock box who has some great examples. http://theknockbox.com.au/the-knock-box/sound-record