Today Tonight, What A Waste Of A Progam 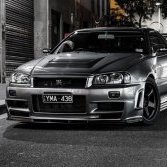