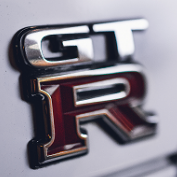 By sleptema,
October 2, 2014 in Projects, Overhauls and Build-ups

Just got the car back, had it detailed. Here's a few pictures from yesterday. Had the tyres changed for Advan Neova AD08Rs 245/40 front and 265/35 rear to cope with the extra power. Still waiting for

Finally got a chance to wash the car myself. Been so flat out with house stuff. Also bought a Nismo 1.5 way GT LSD which is going in Monday, plus a service & check over.

Sort of an update.. You are now looking at my new track missile. Got the car back today. Front end is completely buggered (as we all knew) but the engine is pretty much untouched. Starts and runs j